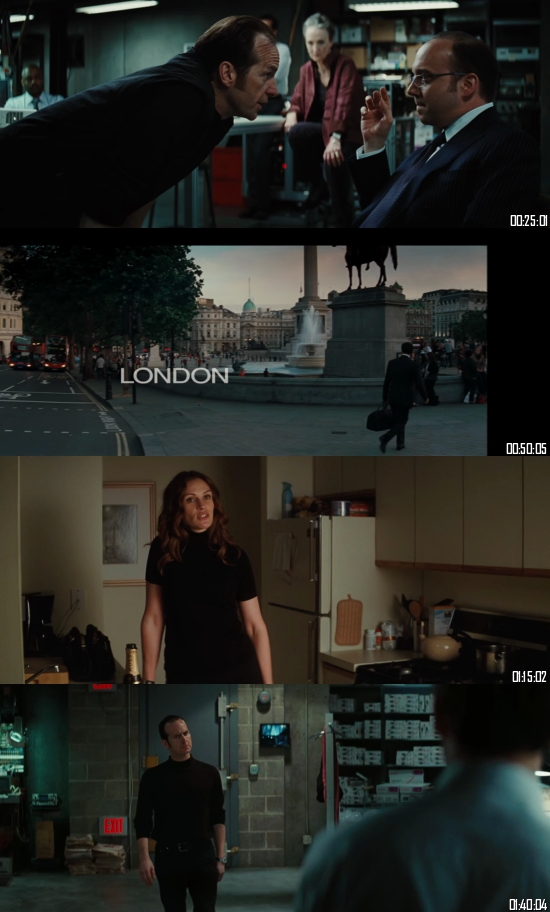 Movie Plot: Ray works for MI6, Claire for the CIA. She burns him in Dubai. Jump ahead five years: he sees her in Grand Central and confronts her. Both now work in industrial security for corporate giants whose CEOs hate each other. Flashbacks fill us in: is it coincidence that he sees her in Grand Central? In about a week, one of the firms is going to announce a revolutionary product. Under the guise of helping that corporation’s rival, can Ray and Claire work their own theft and find an independent buyer? To work together, using the corporate rivalry to their advantage, they would have to trust one another – difficult, if not impossible. Or, is one playing the other?